The True Cost of Non-Organic Food

It’s an all-too familiar question: “Why is organic food more expensive?” But, have you ever considered the alternative to that? Guest writer Lizzie Rivera looks deeper... 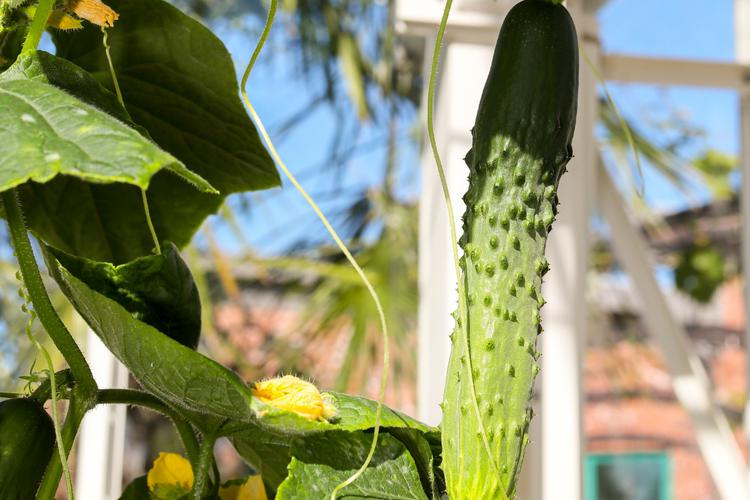 Last year, in the midst of the pandemic and when the climate crisis was hitting headlines like never before, the UK saw the highest level of growth in organic goods in over a decade.

Despite this, organic food and drink surprisingly still only accounts for two per cent of the total market, reports to the Soil Association.

“If one thing is holding back even higher demand it’s the price, which remains the primary reason cited by consumers who don’t buy into the category,” reveals their supply chain development manager, Lee Holdstock.

It’s an all-too familiar question: “Why is organic food more expensive?” But, have you ever considered the alternative to that? In the 1950s, we spent about half of our income on food, in the UK. Today we spend between 8-15%.

The question has to be – how is that possible? We also need to be asking how non-organic food is so cheap.

For example, although both are in the bread category, we accept that a plastic-wrapped 36p sliced white is distinct from a £3.50 sourdough loaf, although, in this example both are sold in a major supermarket and neither are organic.

Yet, an organic sourdough loaf from Abel & Cole is £2.90, making it cheaper than the supermarket’s premium, non-organic option it’s comparably closest to.

“All consumers, including those who consider themselves as affluent, buy at different price points, balancing their values with their willingness or ability to pay, their aspirations and with the practical realities of their circumstances,” explains Kerr. 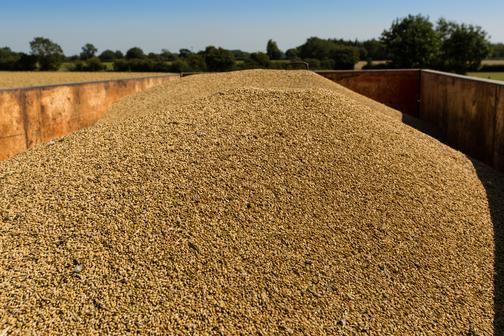 And if that means you’re looking for cheap food, the UK is certainly the place to find it. We have the third cheapest food market in the world, behind only Singapore and the USA.

This brings us back to the question of what’s the true cost of that 36p bread?

Ensuring food is affordable for everyone is often used as an argument for the continued existence of 36p loaves – and against organic. It’s a point of view that always makes me recall a conversation I had with Scottish baker Rosie Gray, who features on Farmerama’s Who Feeds Us? Podcast, about dignity in food. Her position was very clear: “There is no dignity in someone being told if you can't afford food you can eat crap. It's rude.” 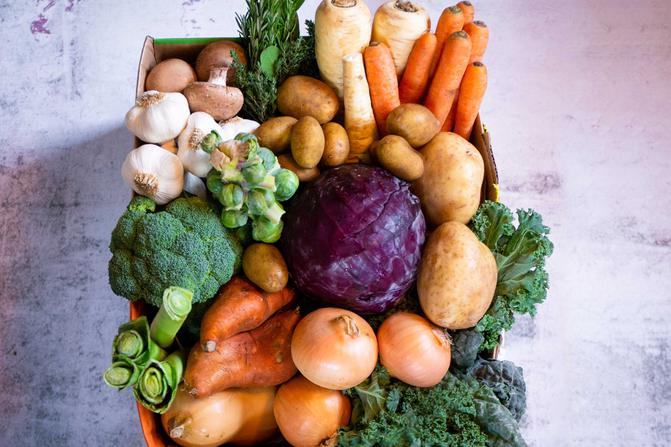 Cheap food is often synonymous with ultra-processed foods. These include bread, sweet and flavoured drinks, sweet or savoury snacks, reconstituted meat products and shelf-stable or frozen ready meals and desserts. An increasing number of studies are showing just how harmful these ‘more affordable’ options are to our health.

A recent article, The need to reshape global food processing: a call to the United Nations Food Systems Summit, published in The BMJ explicitly states: “Food systems are failing. This is most clearly shown by what are now the pandemics of obesity and type 2 diabetes, of which ultra-processed food is a main contributor.”

It continues: “The main purpose of food ultra-processing is to increase profits by creating hyperpalatable and convenient food products that are grossly inferior imitations of minimally processed foods and freshly prepared dishes and meals.”

The hidden cost of this falls to the NHS. An estimated £14 billion pounds is spent a year on treating diabetes and its complications. This equates to £25,000 being spent on diabetes every minute – and represents a staggering 10% of the NHS budget.

It’s not just an issue in the UK. In our global food system, type 2 diabetes and related diseases have become epidemics across the world, pushing the health systems of many countries to or beyond breaking point.

Of course, it’s not just human health we’re compromising. The warnings about the climate crisis have never been so stark and reports of wildfires, floods and deadly heat waves are hitting the headlines more and more frequently.

The recent IPCC report puts this into context: “Human-induced climate change is already affecting many weather and climate extremes in every region across the globe… It is unequivocal that human influence has warmed the atmosphere, ocean and land.” 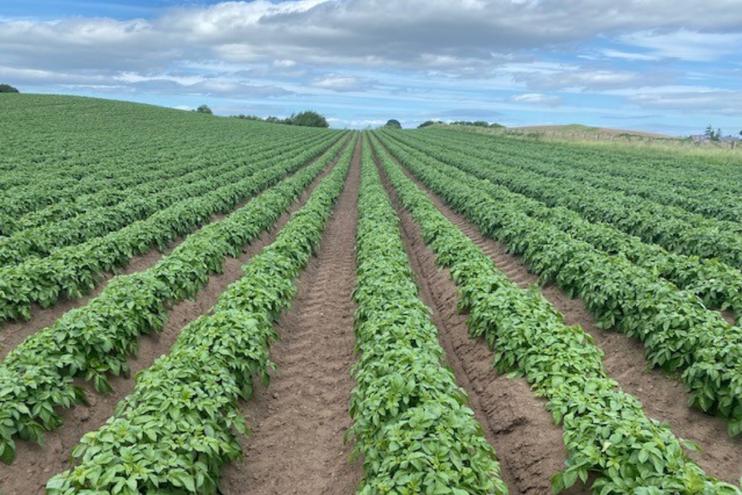 Fossil fuel abuse, coupled with deforestation and land use changes are some of the major causes.

How does this relate to our food systems?

Our drive to ‘feed the world’, cheaply, with huge monoculture farms has led to us razing half the world’s rainforests to make space for palm trees and 35 million hectares of soybean. These are typically shipped halfway across the world to feed animals bred in feedlots or factory farms.

Furthermore, in these industrialised systems fossil-fuel fertilizers are increasingly commonplace and wildlife is increasingly less so.

“Time is up for the agro-industrial food complex, just as it is for the fossil fuel industry, and it needs to happen sooner rather than later,” says Charles Redfern, founder of Organico and Fish4Ever.

“We have a biodiversity crisis so severe that biologists are talking about the sixth mass extinction – the first to be man-made. We have massive soil degradation, about a third of the world’s soils according to the Food and Agriculture Organization of the United Nations. 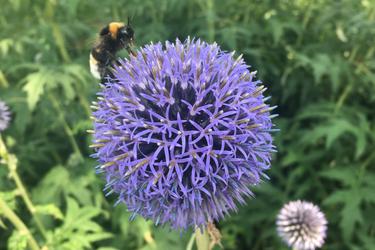 “We have pollution and toxic impacts felt even in the furthest reaches of the planet. At sea we have ocean acidification wiping out the coral reefs and eutrophication, which are vast “dead sea” zones caused by intensive farming and feedlots, in vital ecosystems that should be supporting all-sorts of life.”

Meanwhile, profits for the few come at huge cost to the many.

“Farming across the globe is subsidised to a tune of $540 billion. Yet, Farmers in both the rich and the developing world are struggling to make ends meet. What have we really ended up paying for?,” asks Redfern.

A surprising recent UN report has the answer. It finds that a staggering 90% of subsidies harms human health, the climate and drives inequality.

We can’t write this article without referring to the brilliant report The Hidden Cost of UK Food, initially published by the Sustainable Food Trust in 2017 and updated in 2019.

It revealed the UK food system generates hidden costs of over £116 billion each year. Essentially, £1 at the till requires another £1 (or 97p) to mitigate the environmental and health-related costs caused by harmful food production practices. 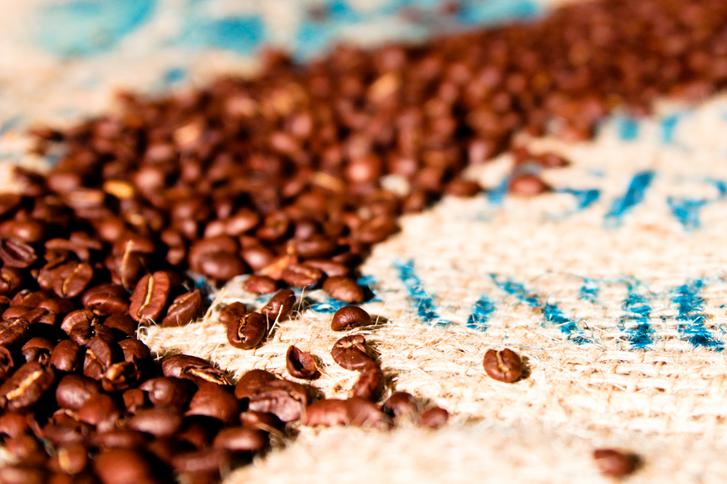 As consumers, we pay for our food three times: “First at the till (real or online), second through taxes that provide public support to certain (but not all) types of agriculture, and third to clean up, treat and mitigate the environmental and health costs.”

The first major study of its kind, it concluded:

“In the current system, the polluter does not pay for diffuse pollution or natural capital loss, and producers who adopt more sustainable approaches are rarely rewarded in a way that fully covers the costs they incur, or reflects the savings for society.

“As a direct consequence of this, food products from systems that cause the most damage appear to be the most affordable, while more sustainably produced food appears expensive.”

In fact, founding director of the Sustainable Food Trust, Patrick Holden, maintains that the report was necessarily conservative in its predictions – because it was trailblazing, they were careful to only take into account monetised externalities. But, Holden says: “All costs continue to rise since publication. New research and studies put the hidden cost at three times the price you pay at the till, not double.”

When you consider the food market as part of a much bigger ecosystem, it’s clear that two widely-held beliefs need to be re-examined: that non-organic food is cheap; and organic food is expensive.

In modern society, shelf-price is a major factor that determines value. The question is, what price will we pay if we don’t also value the multiplicity of benefits organic farming offers – such as biodiversity, animal welfare, soil building, human health?