Earth Day - how organic farming helps to restore our Earth

“As the world returns to normal we can’t go back to business as usual,” boldly states the Earth Day website. It’s theme, this year, is: “To Restore our Earth”.
In this article by Lizzie Rivera (Live Frankly) we explore how organic farming plays an important role in restoring our Earth. 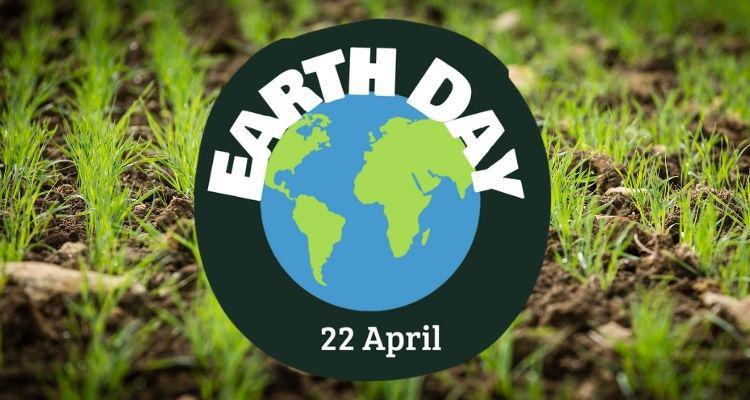 “As the world returns to normal we can’t go back to business as usual,” boldly states the Earth Day  website. It’s theme, this year, is: “To Restore our Earth”.

Since 1970, April 22 has undoubtedly been a day of inspirational words and great intentions. The festival’s impressive line-up includes Pope Francis, Al Gore and co-architect of the 2015 Paris Agreement Christiana Figueres. Plus, of course, the live-streaming of the Biden administration’s climate summit. 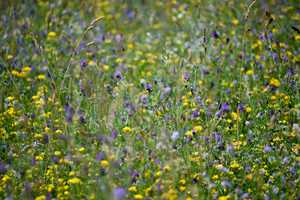 But, every day is a day of action that quite literally restores our earth, on an organic farm – where business as usual is working with nature, increasing organic matter in the soil and going the extra mile to protect our planet.

An organic system is interested in building soil fertility, with the goal of sowing the seeds of successful harvests for years to come. This is especially important in light of the climate crisis.

“Organic is a synergistic food system, providing food for us and food for the whole ecology. As we face increasingly changeable seasons and extreme climatic events, an organic system is more resilient,” explains Steven Jacobs from certifying body Organic Farmers and Growers (OF&G)  .

According to the Soil Association, who developed some of the world’s first organic standards, organic farming is broadly based on four principles: Health (of humans, animals and the planet); Care (ditto), Fairness (ditto) and Ecology.

“Our farming and food production systems have multiple and often ‘hidden’ problems that need solving. Some argue you can’t fix everything all at once, but organic does a pretty good job,” says Clare McDermott, Business Development Director at Soil Association Certification.

“The true strength of organic is how it attempts to tackle these multiple problems and reduce any trade-offs – by taking a holistic ‘whole system’ approach.”

Although this is organic’s biggest strength – it’s also its biggest challenge. 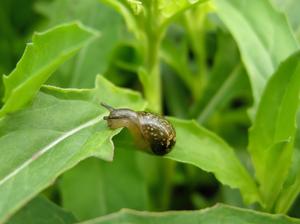 How do you explain the nuance and diverse impacts of organic to an audience used to black-and-white stories told by headlines, sensationalised documentaries and simplified infographics, so we can increase demand for organic food?

Or engage a city consumer that doesn’t have the same opportunities to experience, for example, the difference of freely cycling alongside an industrial farm undisturbed by flies versus the annoyance of bugs hitting their glasses when entering organic territory – and have the conversation of why, in fact, this is a beautiful thing?

Perhaps more pressingly, how do we make policymakers understand the link between climate change and farming in tune with nature when they are budgeting ‘public money for public goods’ and seduced by the possibilities of GM?

This Earth Day, we take a closer look at some of the most important aspects of organic farming with a view of restoring our earth. 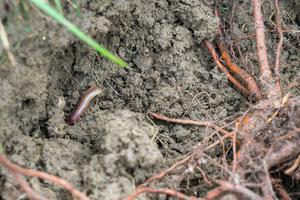 Carbon is the sustainability metric everyone is talking about at the moment, in the race to ‘Net Zero’.

Soils store more carbon than the atmosphere and all of the world’s plants and forests combined, according to the Soil Carbon Storage report.

This means soil is one of our most important weapons in the fight against climate change, concludes its authors.

When it comes to carbon capture, the data suggests organic farming should be a major priority:

Organic farmland stores more carbon (on average 3.5 tonnes extra for every hectare); soil carbon increases on average by 2.2% per year after converting to organic; and organic soils are around 25% more effective at storing carbon in the long-term, report numerous studies collated by the Soil Association.

But, what if Net Zero wasn’t the ultimate goal?

The potential of farming to go beyond zero was demonstrated at last year’s Oxford Real Farming Conference, when the Biodynamic Association reported that the largest biodynamic farm in the UK, Yatesbury House Farm, in Wiltshire, sequesters 10 times more carbon from the atmosphere than it emits. 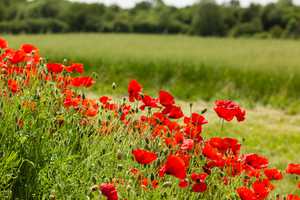 Another important part of the story lies in the diversity of Yatesbury House Farm, which is home to a herd of more than 300 pedigree Aberdeen Angus beef cattle as well as cereal crops and hives that produce honey. It’s a farm that works with nature and supports biodiversity.

Since 1970, 41% of UK species studied have declined, with 15% of species under threat of extinction according to The State of Nature report. Alarmingly, the UK is ranked 189th out of 218 countries for the mass extinction of species.

The report identifies agriculture as a main cause, with 72% of UK land now managed for agriculture. Another report more specifically cites intensive farming – particularly the heavy use of pesticides – as a key driver.

Arable production where mainly cereals and pulses are grown, is one of the areas that has seen a particularly high level of intensification in recent decades, reports the OF&G. They maintain that the move to organic is one of the best ways to turn around the loss we are seeing today in biological diversity.

Indeed, studies suggest organic farms are typically home to up to 50% more organisms of wildlife.

“An organic field is chalk-and-cheese compared with a non-organic one in terms of biodiversity,” says Andrew Trump, managing director of Organic Arable, a UK grain marketing company with a co-op ethos. 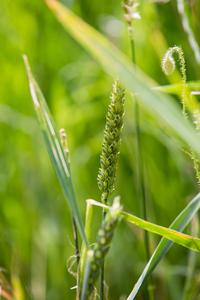 “Organic cereal production has to have fertility building as part of its rotation. On an organic farm, for every acre of cereal production you have around 80% equivalent fertility-building ley. So, you have an area of flowering legumes that supports masses and masses of pollinators.

Bees are important pollinators but so are beetles, moths, butterflies, wasps, ants, birds, bats and flies – as the country cyclist will be well aware.

However, Trump points out that 80% of organic grain is imported, which means the UK isn’t directly benefiting from this biodiversity. His request is simple: “Let’s ensure we’re supporting more UK organic grain and protecting wildlife in the process.” 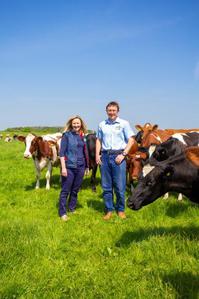 “Everything starts with the soil,” says Graham Tweddle of Acorn Dairy, a 1,200 acre farm of around 550 cows in County Durham, North-East England, that he runs with his sister Caroline Bell.

Acorn Dairy’s conversion from a conventional to an organic dairy system began in 1998 by their parents when, in Graham’s words, “organic was for people who wore sandals and had long grey beards”.

Since then they say organic matter in the soils is typically between 5-8% in their fields, and has risen to up to 10%.

Why does this matter when it comes to dairy cows? 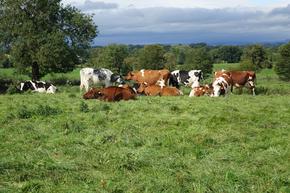 For the cows, it means they’re grazing nutritionally rich and diverse grasses, so they are in the best possible health. The soil is better able to hold water in times of drought. It’s also not compacted, so it is more resilient to winter floods. This means the cows can enjoy being outside for longer periods of the year.

For humans, it has been proven that organic milk contains around 50% more beneficial omega-3 fatty acids and slightly higher concentrations of iron, Vitamin E and some carotenoids than conventionally produced milk. 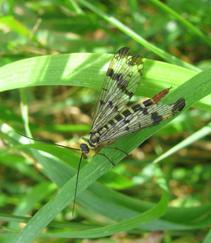 As for the planet, it means their farm is buzzing with wildlife. Healthy soils that are high in organic matter are habitats for insects; in the fields with ponds these attract voles; that in turn attract birds of prey. RSPB recorded that the farm hosts 86 bird species across the year, many of which are on the red list of conservation concerns.

Although almost three-quarters of the UK is now farmland, only 2% of this is currently organic.

But, as the pandemic shifted our priorities and consumers connected more with nature, cooked more from scratch and discovered a new appreciation for their food, organic saw a 14.1% year-on-year growth in 2020, with nearly 90% off households buying organic products. (Source OTB - Kantar, Worldpanel FMCG (52 w/e 27 December 2020, Total Organic Grocery purchase data).

Imagine the possibility for nature if we were to continue to increase demand for organic products and create the opportunity for more farmers to convert to organic to meet that demand.

It offers one of life's rare win-wins; we have a huge opportunity to change the trajectory of climate change, if we change the way we farm. 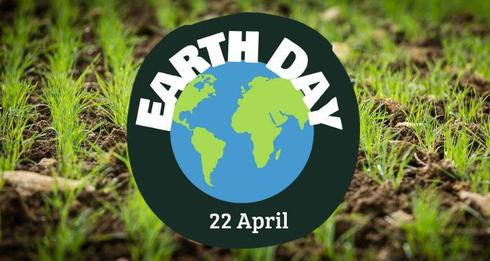 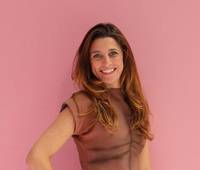