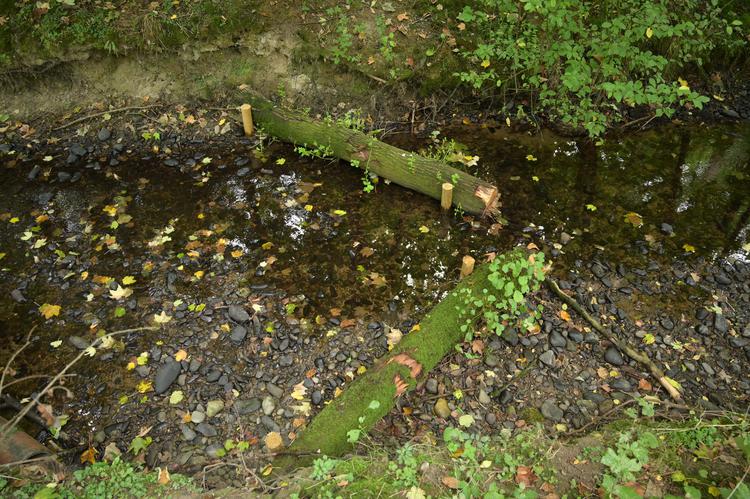 During what was an extremely dry summer, Rhug Estate enlisted the help of the Welsh Dee Trust to improve the physical characteristics of two rivers which run through the estate to ensure a future for the fish who depend on them.

The Camddwr and Nant Ffrauar rivers are tributaries to the River Dee which is highly designated for the species it supports. Despite Rhug Estate being organic for over twenty years and making improvements to riparian habitat under agri-environment schemes, there is still much that can be done on the estate to conserve and restore local fish populations.

The Welsh Dee Trust has been busy undertaking interventions that will improve the ecological health and biodiversity of the rivers, contributing to run-off attenuation, improving water quality and increasing capacity for carbon sequestration.

Lord Newborough, owner of Rhug Estate said, “It has saddened me greatly to see so many rivers choke up and run dry this year. I welcome the input of the Welsh Dee Trust here. Their interventions are well-aligned with our own work and I look forward to seeing these take effect and develop.”

The works carried out have included flow deflectors, pinned woody debris, bank revetment, and riparian fences to keep livestock out of the water. This combination of methods was used to reduce erosion, increase water quality and provide habitat for invertebrates and fish.

In many of the rivers and streams, the water course has been straightened under past policies, this has reduced the quality of the riparian habitat over time. Flow deflectors have now been used to scour out gravel downstream, creating spawning habitat for salmon and trout (where they deposit eggs) and increasing turbulence in the water, boosting the flow diversity. 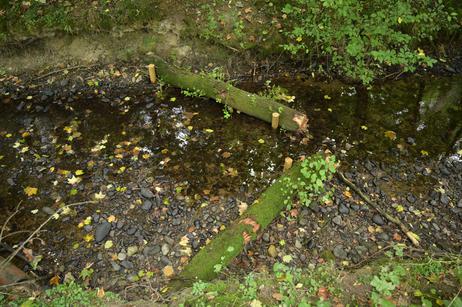 Pinned woody debris in a river also creates a pool downstream and a substrate build-up upstream, creating varying habitat and refuge for invertebrates and fish.

Excessive bank erosion increases the turbidity (suspended matter) of a water course, reducing the quality of spawning sites, and reducing light penetration, increasing the risk of eutrophication. Bank revetment is a method designed to reduce bank erosion, which increases silt levels in the water and increase the loss of land/habitat. Livestock which has direct/unlimited access to a river can cause bank erosion, increasing water turbidity and often will defecate directly in the water source, causing water pollution. Therefore, riparian fencing is a key method of river restoration. The removal of livestock from the bank top also allows vegetation to thrive, further increasing bank stability.

Gareth Jones from the Welsh Dee Trust said, “It was very exciting to be able to carry out in-river habitat work on the Nant Ffrauar and Afon Camddwr. We are confident that the work carried out over the summer will bear fruit after the winter floods, with clean gravel being scoured out of the riverbed, providing excellent habitat for spawning for fish. The work carried out on the Rhug Estate’s land demonstrates the importance of working in partnership with local landowners to enrich the health and wildlife of our rivers. We look forward to forming similar partnerships which will benefit our rivers across the Dee catchment.”

Tideford Organics, the UK’s only mainstream, organic, plant only, vegan, and gluten free soup brand, is introducing a raft of new ‘Inspired’ fresh soup flavours and improved recipes this September and more than doubling the brand’s retail distribution points versus 2021. Select SKUs will appear in Sainsbury’s, Tesco, Morrisons, Ocado, Waitrose and Abel & Cole in time for Organic September.

Tideford is currently experiencing strong year on year retail growth of 31.7%1 which is ahead of the market. 80% of this growth has been incremental, attracting new consumers to the category1.

In addition to the company’s investment in NPD, it is also making changes to its packaging to increase the amount of nutritional information on pack, including a traffic light system and RI statistics based on a serving – equivalent to half a pot - of its chilled soups. The changes are also designed to more clearly communicate the brand’s organic and ‘only delicious plants’ status, providing much clearer signposting for consumers. The brand’s ‘Taste the Good’ strapline is underpinned by the message that ‘if it’s not organic…it’s not in the pot’, reflecting the way in which consumers understand organic to mean healthier, more natural and tastier ingredients.

From 2019 to 2021, the UK organic grocery market outperformed total grocery, growing 15.9% by value, versus total grocery growth of 11.8%1. The UK organic market is now worth £3.05 billion and shoppers in the UK spend nearly £60 million a week on organic2.

Commenting on the NPD and increased distribution, Tideford Organics marketing manager Christine Forrest from said: “There is a growing desire by consumers to buy both plant-based and organic and this is reflected in our new products and the additional changes we are making to the packaging itself.

“We know Tideford’s unique organic and plant-only positioning is popular with younger shoppers especially those who like to scratch cook, those interested in Fair Trade and organic and also vegetarians and flexitarians. As such the brand is extremely well-placed to meet these consumers’ needs – which is evident in the brand’s success over the past year.

“Particularly in soups, Tideford is the only chilled soup brand to have this differentiated positioning of being organic and plant-only. Retailers have a unique opportunity to satisfy consumers’ needs through our clear and focused brand proposition.”

The last few weeks Da Mhile have been busy bottling Whisky. These are their 2022 releases, single grain and single malt, ready for Christmas. 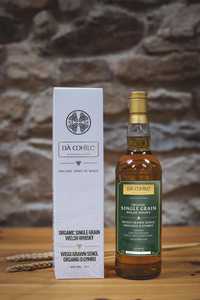 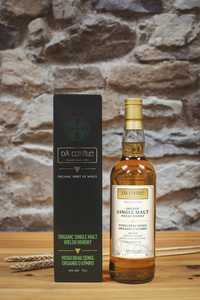 Like each year, Da Mhile expect their exceptional and highly sought after Dà Mhìle Whisky to sell out in the next few months.

Their 2021 single cask release - yet again - won a Great Taste Star in this year's awards.

The Judges said: Well balanced in colour and a beautiful top note of gorgeously rich dark honey, with reminders of honeysuckle.

They felt that the nose leads perfectly on to the palate which delivers the sweetness of the burnt caramel and honey.

This year's Whisky is guaranteed the same quality, approachability and complexity of palette.