The moorlands of Rhug Estate are one of the most important areas of upland habitat in the country and provide a breeding ground for some of the UK’s most threatened bird species. A recent study has shown that while certain bird species are thriving, there are others that have seen significant declines. 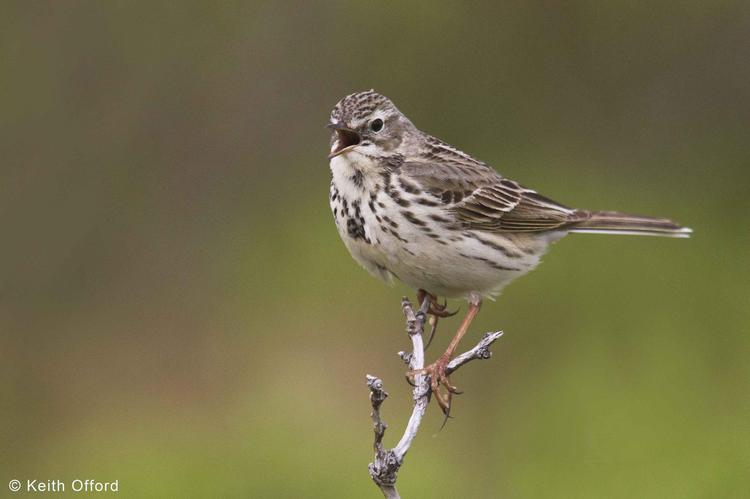 All images are taken by Keith Offord

Following a successful application to the Welsh Government, the Rhug Estate, along with Llanarmon and Rhiwlas (North Wales Moorland Partnership) have been able to undertake a survey of breeding birds on these moorlands. This activity has been part of an EU-funded Sustainable Management Scheme where baseline surveys of fauna, flora and other variables will help to inform management initiatives in the future. 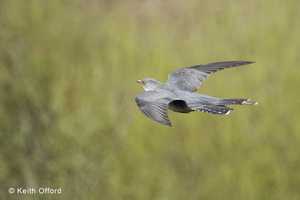 Image on the right: Eurasian Cuckoo

Ornithologist Keith Offord has extensive experience of the Berwyn going back 45 years. Last year he set about expanding the usual surveying as part of the project so that Rhug Estate could learn more about the bird life on the moors. The size of the survey area is formidable and the terrain difficult to negotiate.

Most strikingly, comparing the situation today with 45 years ago there have been significant declines in certain species with corresponding increases in others. In the meantime, there are some species which appear stable.

Lord Newborough, owner of Rhug Estate, said, “We value Keith’s expertise in this area and appreciate the extensive survey work he has already carried out. It is heart wrenching to learn of the species we may never see here again as a result of how the climate is changing.” 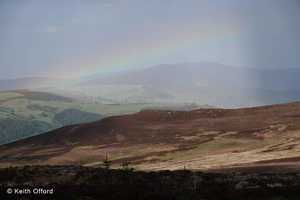 The species which have declined, or are now absent, are Golden Plover, Ring Ouzel, Red Grouse, Black Grouse, Snipe, Wheatear, Dunlin, Merlin, and Curlew. One very obvious common factor for many of the birds which are declining according to Keith Offord, is that they are specialist upland species which are on the southern limit of their UK range. It has long been predicted that shifting climates will, unsurprisingly, have the greatest impact on those species which belong in particular climatic envelopes. Conversely, a number of species on the northern edge of their European range are increasingly spreading north. Keith explains that the shifting climate may not be the only factor affecting moorland bird populations. There are other pressures such as habitat management and predation, in particular from Carrion Crow and Fox.

Keith Offord said, “The habitats across the survey area clearly demonstrate how a differing mosaic produces the greatest diversity of bird species. A mix of heather, bilberry, gorse, bracken, common sedge and a scattering of native trees, such as rowan, provide the optimum conditions for diversity. The heather itself appears to benefit from management policies which create diversity in depth which also reduces the fire hazard.” 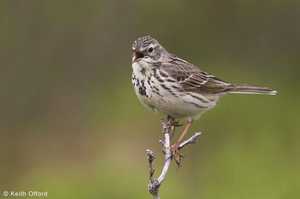 Image on the right: Meadow Pipit

Despite declines in some species, others are managing to thrive perfectly well, a good example being the most abundant bird of this habitat, the Meadow Pipit. Correspondingly, Cuckoos, which are in steep decline across much of farmland Britain, are reasonably numerous. Being a brood parasite, they are of course also dependent on species such as Meadow Pipit as well as a good provision of invertebrate food.

Some other species, which previously may not have been regarded as upland birds are seemingly increasing their presence, good examples being Wren and Common Whitethroat.

These survey results are for 2021 and the findings from 2022 are currently being analysed.