Fish4Ever, along with the International Pole & Line Federation, is helping the Azores tuna fishery to be the first fishery in the world to be plastic positive. 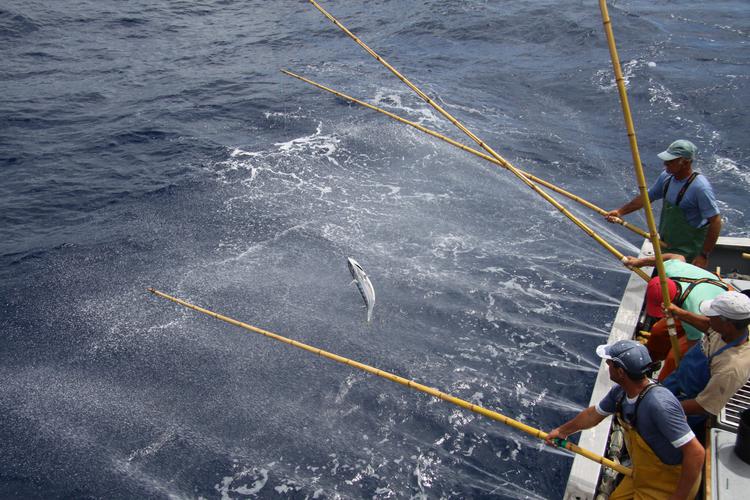 Ghost gear is a huge problem - lost, abandoned or discarded fishing gear that forms an estimated 10% of the plastic in the ocean. It is reported that between 800,000 to 1.2 million tonnes of ghost gear is deposited into the sea every year. The worst of this is the fishing nets that are left to drift through the oceans, trapping and killing marine life. ALDFG cause 70% of marine animal entanglements and could be attributed to 30% of the decline of some fish species.

The Azores Ghost Gear Retrieval Competition runs from June to September 2021. The waste that is left behind by large industrial vessels will be retrieved by the small-scale pole-and-line fishers in the Azores, who themselves only contribute a minute amount of plastic pollution.

This competition will be the first in a series of three annual competitions taking place until 2023. Competing fishers are encouraged to collect ghost gear and bring it back to shore. The collected ghost gear will be landed onshore, weighed and responsibly disposed of by in-country project partners. The fishers who retrieve the most gear will be declared the winners on the Azores day of the Ocean on the 11th of November 2021.

On the first day of the competition, around 500 kg of fishing gear was removed from the Ocean, including nets, cables and buoys.

As one of the sponsors, Fish4Ever have partnered with the Azores Ocean Observatory (OMA), the Azores Fisheries Observer Programme (POPA), and the International Pole & Line Foundation (IPNLF). They are hopeful that this competition will ultimately incentivise Azorean pole-and-line fishing vessels to remove more plastic ghost gear by weight from the sea than the total annual input of the Azores pole-and-line fleet.

It is essential that we support initiatives such as this competition in order to protect marine life and ocean habitats from the threats of plastic pollution. The Azores pole-and-line fishery has shown it has one of the lowest plastic footprints of any fishery in the world, and will now go the extra mile to collect harmful forms of ghost gear that float into the Azores from outside their national waters. We hope these competitions will help raise awareness of how some fisheries can be actively involved in safeguarding the environment, and encourage consumers to support these fisheries accordingly