BUG THE NEW PM: Organic Trade Board launches petition to save nature in first 100 days of government

The Organic Trade Board (OTB), in collaboration with Soil Association Certification and campaign partners Ecotone, Ethical Food Company, and RBOrganic, have launched a petition aimed at the new prime minister, requesting they take drastic action to save nature in their first 100 days of government. 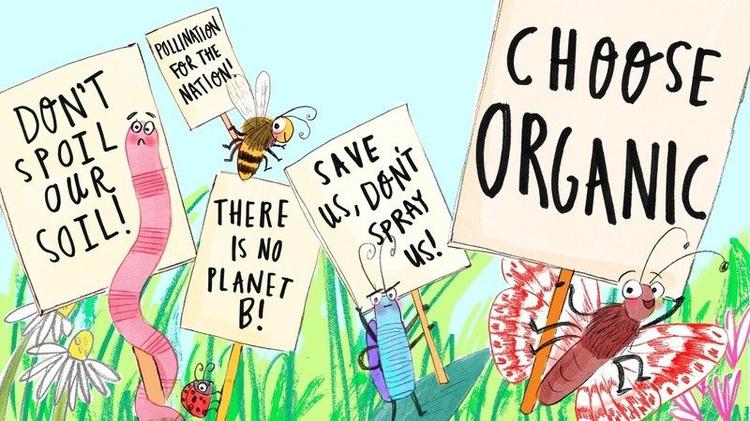 Launched ahead of Organic September, the Change.org petition asks whoever comes to power to protect wildlife in any policies - and commit to representing the UK at the crucially important UN Biodiversity Conference (COP15) in December.

Not only are insects a vital part of a balanced ecosystem, providing food for other animals and recycling nutrients, they also play an essential role in our global food system. One in three mouthfuls of food depends on pollinators and without pollinators we wouldn't have potatoes, strawberries, tomatoes, coffee, chocolate or cotton. 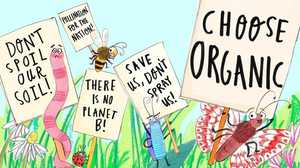 Renowned children’s author and illustrator, Kate Pankhurst, who is also a relation of Suffragette Emmeline Pankhurst, was the first person to sign the petition. She has thrown her support behind the campaign, also creating an illustration to depict insects holding placards in protest against the harmful pesticides and fertilisers that are being sprayed on crops - which is ultimately leading to their decline.

Image on the right: Illustration by Kate Pankhurst

Enter“As a mum of two, and author and illustrator of children’s books, I’m passionate about preserving nature to ensure the next generation has a beautiful and thriving planet to enjoy in the future. I hope other people around the UK will join me in signing this petition to help give nature a voice.”

Cristina Dimetto, General Manager of the Organic Trade Board (OTB), said: “Organic farming works with nature, not against it, encouraging natural predators like ladybirds and pollinators like bees and butterflies rather than spraying harmful pesticides. As a result, on average, plant, insect and bird life is 50% more abundant on organic farms. There are up to seven times more wild bees in organic grain fields. So if nature did have a voice - it would choose organic.

“If pesticides were substituted for more sustainable farming practices (like organic), this could slow or reverse the decline in insects. The hope is that even tiny insect-sized steps can make a big difference when it comes to keeping nature’s crucial keyworkers thriving.”

General Manager of the Organic Trade Board (OTB)

Organic September looks to engage brands and businesses in the industry as well as UK consumers. The theme for this year is “Nature would choose organic”, which reflects that if wildlife such as bees, earthworms and ladybirds had a voice, they would want all farming to be organic to help keep the delicate ecosystem in balance.

For more information visit www.GoOrganicUK.com and to sign the petition head to https://www.change.org/NatureProtest