Yeo Valley Organic is Britain’s largest organic dairy brand and this Organic September it has put the word ‘organic’ back in the centre of its iconic logo heart, along with their new campaign to Put Nature First. In this article by Tim Mead, dairy farmer and owner of Yeo Valley, explains why now is the time for organic, and how ‘regenerative organic agriculture’ should lead the debate in trying to help reverse climate change. 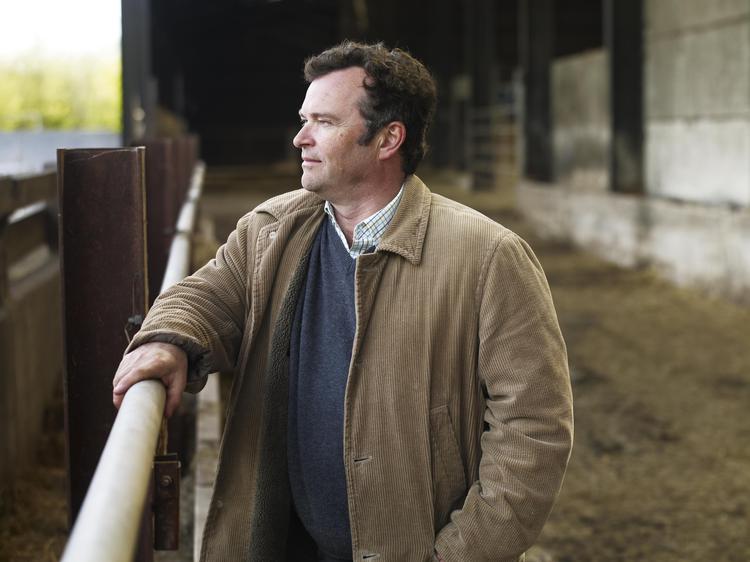 The answer is right under our feet

It seems we’ve been taking one hell of a gamble with our lives and that of the planet over the past 100 years and the result is no longer in doubt - it’s a dead cert. So how have we, top of the food chain, sleepwalked ourselves to the edge of the sixth mass extinction, something that results in the loss of 75% of living species?

These events generally take over two million years to play out, so you could argue that the last 100 years are possibly the fastest lead up to the brink (with the exception of the surprise asteroid that very suddenly wiped out the dinosaurs).

How have we done it so quickly despite the warnings? And let’s face it, there have been numerous warnings long before Sir David Attenborough joined Instagram in September to talk to the world, already suffering from the Covid-19 emergency, about extinction. This month alone we’ve had the WWF biodiversity report, highlighting a 68% drop in wildlife numbers since 1970 as well as the news that the UK failed to reach 17 out of 20 UN biodiversity targets agreed a decade ago, with six of the 20 targets actually going backwards.

It’s stark, but how did we get here?

Well, in an agricultural sense, we made some very bad decisions after World War Two, namely chemical pesticides and fertilisers. Nitrate factories in America, once used to make bombs, turned to making artificial chemical fertiliser - the nation’s quick fix for food production. As result of this, pesticide take up skyrocketed, a point that is made succinctly in the Netflix film 'Kiss The Ground'.

Over here in the UK, the Soil Association was founded in 1946 as a result of the concerns over the health implications of intensive farming. Farmers have lost 133 billion tonnes of carbon from the world’s soil since we first started farming 12,000 years ago. However, we know it’s not all about intensive agriculture. In 1958, we started measuring atmospheric C02 with what was to become known as the Keeling curve. The burning of fossil fuels contributes 35 billion tonnes of CO2 every year.

In 1962, conservationist Rachel Carson published an environmental science book called Silent Spring, documenting the adverse environmental effects caused by the indiscriminate use of pesticides. She is rightly credited with advancing the global environmental movement.  In 1988, nearly 20 years after this groundbreaking book was published, the Intergovernmental Panel on Climate Change (IPCC) was established. Despite the efforts of these pioneers and campaigners, in 2016 Environmental Sciences Europe, a peer-reviewed journal, reported that 8.6 billion kilograms of glyphosate had been used globally.

Sadly, it’s not just been the chemicals and fuels we’ve been pumping into the ground and the atmosphere. In the 1990s, we took it further with genetic modification. From the first soybean on the market in 1996 and the GloFish (a Zebra fish with a fluorescent gene), to a genetically modified salmon AquAdvantage in 2015 which was approved for food use, it seems that technological advancement and science has not been the world’s best friend. We may have better standards of living and longer life spans, but at what cost and for how long?

In 2019, 11,000 of the world’s leading scientists issued a statement: “We declare clearly and unequivocally that planet Earth is facing a climate emergency”. Maybe we aren’t as smart as we thought and that our position as top of the food chain is wishful thinking. 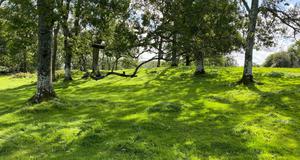 However, necessity is the mother of invention and Mother Earth represents life on earth, so it certainly seems more than a happy coincidence that the answer for our climate emergency could be right under our feet, in the soil. The Earth’s soils contains 2,500 gigatons of carbon which is far more than is found in the atmosphere and even more than what’s stored in all the trees, plants and living things on the planet. Maybe Lady Eve and those who founded the Soil Association decades before the climate emergency realised that soil and the life it supports was the key to looking after our world? 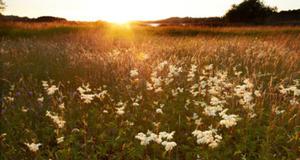 For me, the job of promoting ‘organic’ and the Board’s recent Organic September campaign ‘Nature has the answer,’ alongside our own messages of ‘Put Nature First’ just skyrocketed in importance. It is our duty to explain to consumers the role of organic in helping to reverse climate change and that the need to farm more land organically has never been so essential. In these current times, the expression moon-shot is being applied to a number of herculean tasks being set across the world by the coronavirus pandemic. The moon-shot for Organic UK is to help make soil sexy, cool and tribal, and so turn the flurry of a growing band of supporters into the avalanche of consumers needed to make a positive difference.