Vintage Roots have been in the organic wine industry for over 30 years - that's quite an achievement! We took the opportunity to learn more about them and find out what is so special about organic wine.

Vintage Roots have been around for a long time – since 1986 to be exact. Three like-minded friends (now it's just two of the founders) got together and decided to import and sell organic wines, which doesn’t seem like a particularly out there idea now, but back in the 80s organic was not as widely known as it is now.

After a few exploratory trips to France where the friends spent time with organic wine growers and producers, they slowly learned more about the industry. Back in the UK in a rented house in Reading, Vintage Roots was born. Initially they only had a selection of organic wines but their range slowly grew to include other organic alcohol options. Golden Promise was the first certified organic beer on the market in the 90s, which they added to their repertoire, with cider, spirits and other organic alcoholic drinks following suit.

Vintage Roots now stocks well over 450 certified organic and biodynamic wines, beers, spirits and other drinks. To further increase their sustainability efforts, in 2005 they began carbon offsetting all of their imports from around the world. They make a conscious effort to run the business ethically and to high environmental standards.

Winemakers know that the quality of the grapes is the most important part of making top quality wine and, as with a lot of areas in our lives, climate change is a huge threat to vineyards. The wine industry is now realising that it needs to be sustainable in order to survive, resulting in vast swathes of land developing new sustainable standards and a marked rise in the amount of certified organic vineyards. 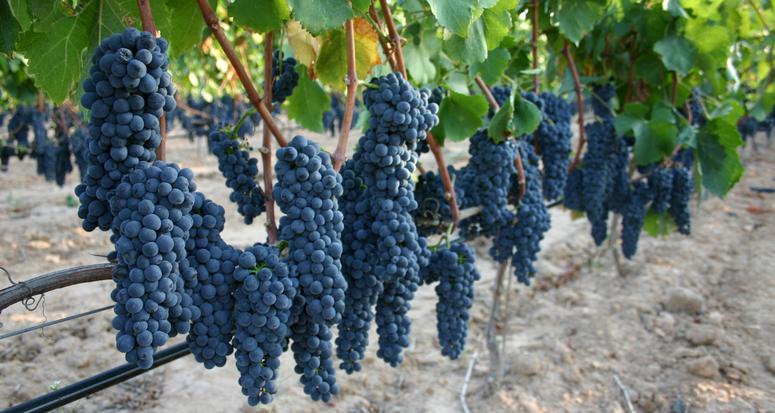 Nowadays, for a wine estate to call itself organic, it must follow the strict standards set for organic viticulture and winemaking; the rules in both the vineyard and cellar are clearly defined. However, this was not always the case. Before 2012, there weren’t any rules for how organic wines should be made in the cellar. Vintage Roots used to have labels that stated “wine grown from organically grown grapes’, but since 2012 the change to ‘organic wines’ was made. This was after the introduction of winemaking standards that banned certain treatments and additives, as well as limiting the amount of sulphur dioxide or sulphites used.

It is better for the environment

The benefit of organic agriculture and farming is clear; it greatly reduces negative and irreversible impact on the soil, has greater carbon efficiency thereby helping combat climate change as well as increased biodiversity and the creation of healthier jobs in the countryside.

Much organic vineyard management leads to returning carbon to the soils which can directly impact productivity and mitigate global warming.

Sulphur is used to kill off unwanted bacteria and yeast in wine, as well as to prevent premature oxidation. The permitted levels of added sulphur in wines are lower for organic winemakers:

Not to say that sulphur is necessarily dangerous – demonising it entirely isn’t fair. It has played a crucial part in helping winemakers deliver consistent, stable wines to a very happy wine-drinking community. However, there has been an increase in sensitivity to sulphur so it is good to reduce the intake where we can. In addition, some winemakers think that sulphites can interfere with the flavour and aroma of the wine and slow down its maturation.

Additives can be a dirty word, but some are allowed in organic winemaking. For example, the EU recently allowed pea protein to be used as a fining agent. It’s known to work quickly and to be more effective than many alternatives. The sort of additives organic winemakers cannot use would include calcium alginate for thinning and polyvinylpolypyrrolidone to correct the wine’s colour.

In short yes, it is - but for a good reason. Organic wines cost more to produce and this is reflected in the final product price. Organic wine is made using only certified organic grapes, grown without synthetic pesticides, herbicides, fungicides and chemical fertilisers so you have all the additional benefits that organic farming brings to the planet and to you.

Vintage Roots wines start at around £7.99 and go up to about £15 but the range is very diverse and the price is reasonable considering the quality and provenance you are getting. Research by the Gironde (Bordeaux) Chamber of Agriculture shows that the cost of production for organic wine is 28% higher, largely due to the two factors; an average 20% reduction in production volumes and higher labour costs.

We believe the benefits of choosing organic wines, beers and spirits far outweighs the slightly higher cost, and the thousands of happy Vintage Roots customers who have kept the company going for 34 years and counting seem to agree! Have a look at their portfolio and let us know what you think!