The climate crisis is the problem. Could organic farming be the answer?

Today marks the end of the Organic September 'Nature has the answer' campaign and in this incredibly informative and thought-provoking article by Lizzie Rivera, we explain why organic farming could be the answer to the climate crisis. 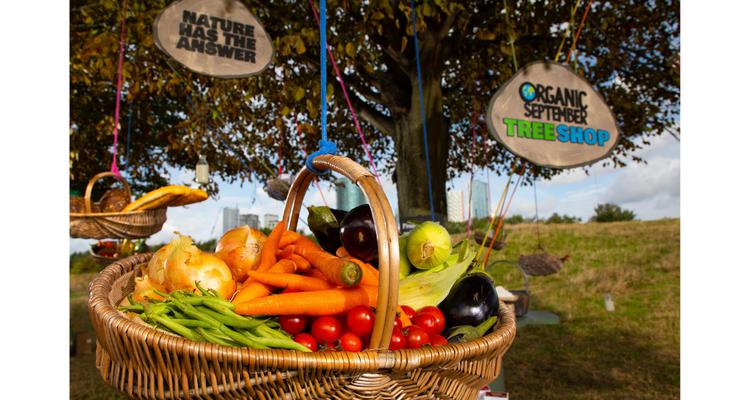 ‘Nature has the answer’ has been the theme of this year’s Organic September campaign. It is a timely message, coinciding with the release of Sir David Attenborough’s BBC’s documentary Extinction: The Facts and his ‘witness statement’ A Life on Our Planet as well as the Kiss The Ground cult documentary that claims to have “cracked the code on managing climate change”.

Told in different ways, they all have a common thread: biodiversity from our soils to our seas is no longer simply a nice-to-have, it is essential to combatting the climate crisis, future pandemics – and for the survival of our species.

For a long time, organic has been positioned as an almost philanthropic endeavour: better for your health, better tasting and better for the bees (well, there are around 75 per cent more wild bees on organic farms). As such, it has the reputation of being a luxury item; ‘the Gucci of the food-world’ as one farmer told me, and the preserve of the more affluent middle-classes who can afford to treat themselves to organic food.

But, with a deeper understanding of nature and wildlife, the importance of organic is shifting. The question now is, can we afford not to go organic?

Why industrial farming isn’t the answer

Intensive agriculture is not only blamed as one of the main culprits of the climate crisis, scientists warn that intensive animal farming systems increase the risk of infectious disease. It’s no coincidence an estimated 73% of all antibiotics are used for livestock, worldwide.

The pandemic has further highlighted the fragility of a global, industrial system with reports of millions of animals being culled in the US while people queued around the block at food banks; dairy farmers in the UK having to pour litres of milk down the drain, and crops remaining at risk rotting in the fields.

Our drive to “feed the world” with huge monoculture farms has led to us razing half the world’s rainforests to make space for palm trees and 35 million hectares of soybean, typically shipped halfway across the world to feed animals bred in feedlots or factory farms.

The result is a food system where roughly one-third of food produced for human consumption is lost or wasted globally (FAO) at the significant cost of a staggering loss of biodiversity. Some regions have lost three quarters of all flying insects; 70% of birds on the planet are now domestic birds – predominantly chickens reared in indoor farms; wild animals now account for a woeful 4% of the biomass of mammals on earth – while farmed animals (60%) and humans (36%) make up the rest (PNAS).

Admittedly, it’s with the benefit of hindsight and advancement in technology and data that we can now demonstrate what many farmers have known for years – our industrial agricultural system is broken and is pushing the planet to breaking point, too.

Perhaps 74 years ago, when the Soil Association was founded and again when the standards were first introduced around organic, we could speak about sustainable farming. Now, we’ve depleted our soils so much we have to do more than sustain – we have to regenerate.

We have to build capacity as we grow and produce food, so that each harvest leaves the soil more fertile than the last – and we do that by building biodiversity above the ground which builds biodiversity below it. In a teaspoon of healthy soil there are nine billion microorganisms – more than there are people on the planet.

Essentially, if we farm nature we get a healthy planet and nutritious food as a bi-product. It’s a triple win. The best organic farmers have already been doing this for years – it’s time for the rest of us to catch up.

Feeding the continent rather than feeding the world

Currently, organic food and drink accounts for just 1.6% of the UK market. So, one of the biggest questions is can we produce enough food to feed an ever-growing population by farming with organic principles?

In the UK, two of the biggest food box schemes, that work with a network of growers and producers, show it can be done. Combined, Riverford and Abel & Cole provide up to 90,000 homes with highly seasonal food boxes each week. More than 70% of their veg is grown in the UK and 100% of the meat is reared here. 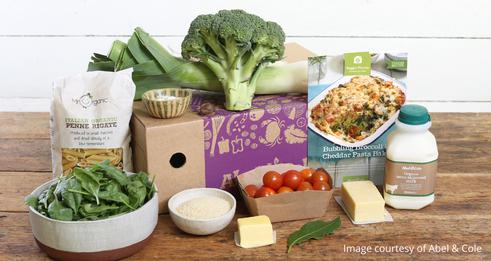 Improved data is also proving that this is a model that provides abundant food, further afield. Just 1,000 square meters of the most heavily hand-farmed land on the Bec Hellouin farm in northern France produces as much as 10,000 square meters of land farmed with a tractor. At 50 acres, the farm owned by Charles and Perrine Hervé-Gruyer may be small, but thanks to their dedication to research and data, it’s packing a big punch when it comes to challenging the idea that bigger is always better.

Forecasting models, such as The Ten Years for Agroecology in Europe (TYFA) project demonstrates how Europe can feasibly feed its 530 million inhabitants by farming without pesticides and maximising ecological processes – such as redeploying natural grasslands and including more hedges, trees, ponds and stony habitats on farms – by 2050.

Furthermore, this scenario has the potential to reduce agricultural greenhouse gas emissions by up to 45% compared to 2010, if the calculation includes those associated with imported deforestation (from the soybeans and palm oil).

This is not least because healthy soils store carbon – effectively removing it from the atmosphere.

Eating our way out of the climate crisis

Not only does the TYFA model provide enough food to feed the continent, it provides Europeans with a healthy diet of seasonal fruit and vegetables along with meat (40% less than we currently eat, but pasture fed and organic), cheese and wine. 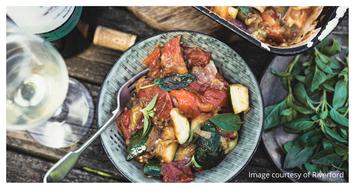 Now, surely that’s a diet we can learn to live with? Of course, if we’re changing the way we’re farming, we have to change the way we eat, not least to support the farmers who are producing food in this way.

This isn’t just better for the planet and for biodiversity, organic foods are often higher in nutrients, don’t contain toxic herbicides and pesticides, and aren’t as processed, which is better for our health.

More and more research is connecting healthy soils to our health as humans, but one of the biggest studies to prove this remains Newcastle University’s peer reviewed research, published in 2015 in the British Journal of Nutrition.

It found there are between 18% and 69% more antioxidants, which defend cells from damage, in food produced using organic methods. It also found both organic dairy milk and meat contain around 50 per cent more beneficial omega-3 fatty acids than conventionally produced products and organic meat has slightly lower concentrations of two saturated fats linked to heart disease.

Our current diets include a lot of ultra-high processed foods and contain three times the recommended amount of sugar (flavoured yoghurts and chocolate should remain a sweet treat, organic or not), double the recommended amount of protein and not enough fruit, vegetables or fibre. This is contributing to the increase in many conditions such as obesity, diabetes, cardiovascular diseases – all preventable killers.

The same report reveals there was also an 18.7 per cent increase in organic sales in the 12 weeks ending 30th May, which included 10 weeks of lockdown. The results will soon be in on the impact Organic September has had.

Nature may have the answer, but the question is: are we truly listening?

Lizzie Rivera is the founder of ethical lifestyle website Live Frankly. She is a journalist writing with a decade's worth of experience and has been focused on sustainability since 2014. 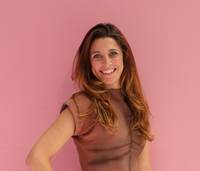