In the world of food and farming, the debate between organic and genetically modified is sometimes portrayed as a lifestyle choice versus rational science. Nothing could be more wrong, writes Pat Thomas.

For nearly 30 years genetic modification (GM) has been promising to raise yields, lower pesticide use, protect the environment and improve the nutritional value of the food we eat.

But as the American experience has shown, it has delivered on none of these promises and in fact has increased costs to farmers, increased pesticide use and, through this, damage to the soil and biodiversity. It has also failed to deliver foods that are more nutritious or better value to consumers.

In spite of this, genetic engineering is still being offered up as ‘simple’ solution to sustainability. People who are looking for organic, and therefore GM-free food are looking for a way out of this downward spiral - and science is on their side.

With every passing year more evidence shows that organic farming holds the key to a sustainable food future.

For example, an international study, published in 2017 concluded that organic farming can play an important role in a sustainable food system and help tackle climate change and hunger. 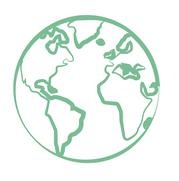 While some critics suggest that a global conversion to organic farming would mean lower yields and would require dedicating much more land to agriculture, this analysis found that large amounts of conventionally farmed land can be converted to organic without harm to crop yields and without needing huge amounts of new land.

Combined with other actions such as avoiding concentrated livestock feed and reducing food waste, the authors said that organic could make a significant contribution to sustainable farming worldwide.

Other evidence shows that soils on organic farms store away larger amounts of carbon – and for longer periods than typical agricultural soils, making it an important defence against climate change.

Organic produce can also be higher in key nutrients. Meat and milk from animals raised organically have been shown to be 50% higher in omega-3 fatty acids, while organic dairy can contain higher levels of iron and vitamin E. When it comes to fruits and vegetables, organic crops have been found to contain higher levels of certain antioxidants as well as lower concentrations of pesticide residues and some heavy metals like cadmium.

Organic farming also avoids unnecessary antibiotic use, meaning our meat and milk (and communities) are protected from the threat of antibiotic resistance.

Pesticides used on GM crops such as glyphosate have actually been linked with increased antibiotic resistance and most recently European officials warned that a form of genetically engineered vitamin B2 – outlawed for use in animal feed but still in circulation – contained live genetically modified organisms (GMOs) that could spread resistance to other bacteria. According to the European Food Safety Authority (EFSA), these contaminated animal feed products posed a risk for “consumers, users and the environment”.

Choosing organic can also help deal with uncertainty over what’s in our food. Those wanting to avoid GM products may be surprised to know that over a million tonnes of GM crops are imported in the UK each year to feed non-organic livestock, which in turn supply our supermarkets with pork, bacon, milk, cheese and other dairy products. This GM feed is not permitted in certified organic animal products.

New genetic engineering technologies, particularly gene editing technologies like CRISPR and synthetic biology (sometimes called GMO 2.0) claim to be safer, more precise and closer to nature than ever before.

But like older genetic engineering technologies, these ‘new and improved’ GMOs remain untested, poorly regulated and its use in farming remains in direct conflict with the organic principles of health, ecology, fairness and care.

Over the last 50 years humans have lost sight of their connection with the land and intensive farming techniques like GM have become commonplace. It is easy to feel overwhelmed by the increasing complexity of our food system and its problems – and the appeal of promises of hi-tech ‘solutions’ can seem strong.

For me and many others, organic is the best choice to maintain a sustainable and productive farming system, to preserve the essential diversity of the natural world and to ensure the quality of the foods we eat. Now is the time to protect, promote and cherish what organic has to offer us today, and in the future. 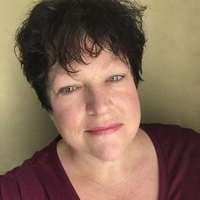 Why organic is the eco choice