Give bees a chance – three ways to help nature-friendly farming

We’re living in unprecedented times. Everyone has now heard about the climate and nature crises, with David Attenborough bringing climate change into our living rooms and environmental protesters taking to the streets.

Photo copyright: Friends of the Earth

At the same time scientists are sounding the alarm about the narrowing window of time to bring down planet-warming greenhouse gas emissions, and the loss of biodiversity, including the threat of an ‘insect armageddon’.

Zooming in on the loss of our mini-beasts, one of the major culprits is intensive farming and the excessive use of pesticides. A recent review of 73 studies found that more than 40 per cent of insect species are declining due mainly to intensive farming. Bees are in one of the most affected insect groups, along with butterflies and dung beetles. The Department of Environment’s Chief Scientist Ian Boyd has highlighted our “industrial-scale” pesticide use and suggests radical change is needed.

Insects pollinate around 80 per cent of our crop species in Europe, including most fruits and many vegetables. This amazing service is worth about £690m a year in the UK alone, so by not looking after our flying beasties we’re really shooting ourselves in the foot. Fewer insects also means less food for birds and other creatures. We need to find a better way.

It doesn’t have to be this way

It often feels like these issues are so big, we’re powerless to do anything about them.

But a recent French mega-study of over 900 farms showed that in almost two-thirds of cases, farmers could cut pesticide use by almost a half without any loss of productivity or profitability.

And here in the UK there is an encouraging movement building of pioneering farmers who are responding to public concern over pesticide use, climate change and the loss of nature. Through initiatives like Soil Association-supported Innovative Farmers, the Nature Friendly Farming Network, and Pasture for Life, farmers are showing how adopting a low-input approach, despite sometimes lower yields, can be more profitable.

But these farmers need our support.

Here are three things you can do:

1. Vote with your wallet

It’s said that we vote 3 times a day every time we choose what to eat. Organic is the gold standard of sustainable farming and many other farming practices draw inspiration from its methods. Organic farming encourage natural predators of food crop pests by creating habitats – for the ladybirds that arrive in droves to feast on aphids and the lowly carabid beetles that munch away on slugs. This way of farming works with nature, boosts wildlife, builds up vital soil carbon and structure and cycles nutrients rather than depleting and replacing them artificially.

There are a host of ways you can buy organic now, from ordering veg boxes to shopping with independent greengrocers. Buying direct from local farmers markets and farm shops means you can talk to the producers to ask about their methods, whether organic or not. And supermarkets are now stocking an ever-increasing range of organic items.

When it comes to meat, the key is choosing less and better, as advocated by the Eating Better Alliance – organic, pasture-fed and truly free-range meat, eggs and dairy.

2. Add your voice to campaigns for environmentally friendly farming

There is an opportunity right now to radically change the way we farm and get a commitment by government to help farmers thrive while working in a way that protects nature.

The Agriculture Bill which is going through Parliament sets out how farmers are going to be paid, if and when we leave the EU. Farmers will now be rewarded for delivering public goods that protect and enhance the environment. Cutting pesticide use, as well as boosting support for organic farming systems would do just that, by delivering cleaner water, healthy soils, thriving wildife and healthier food.

Friends of the Earth, along with many other groups, is campaigning to ensure that farmers are properly supported in making this transition, for example by looking at what alternative non-chemical pest control methods work and incorporating them into their day-to-day decision making. Farmer-to-farmer support and training is crucial.

Over 86,000 people are calling for the new farming policy to ensure that our countryside is a safer place for nature – do join them: sign the petition and spread the word! 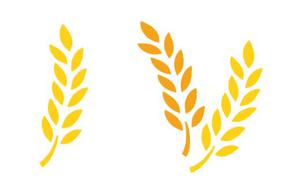 3. Get active in your area

There’s power in acting together locally, whether it’s asking councils to stop using pesticides or creating more green space for nature. Why not check out your local Friends of the Earth group?

An inspiring example of what can be done when people come together comes from a campaign in Bavaria, Germany this year. Motivated by research findings that bees and other flying insect numbers on nature reserves had dropped by three-quarters over the last 27 years, groups came together to build support for a referendum for biodiversity. What became known as the Save the Bees initiative was supported by an astonishing 1.75 million Bavarian citizens. This overwhelming public support persuaded the farming industry to get on board. Save the Bees has mandated the government to take actions including:

• introducing organic farming and cutting fertilizer use on all state-owned farm areas to reduce nitrogen pollution;

• introducing organic farming on 30 per cent of privately-owned farms by 2030;

• setting aside 13 per cent of Bavaria to create a network of hedgerows, meadows, wetlands, and other habitats to help rebuild populations of birds, insects and other animals.

It’s now crystal clear that we need to look after nature, our soils and stabilise the climate in order to continue to produce nutritious food in the future and everyone can play a role in helping to make this happen. What’s good for the bees is good for us all.

For lots more top tips on ways to help climate and nature, head this way.

Clare Oxborrow from Friends of the Earth