Founded on the idea of bringing organic principles to sustainability in fish, Fish4Ever's holistic, all-encompassing approach, is both real and comprehensive, focusing on land, sea and people, supporting not only the best possible fishing practices, but also the communities and small boats that enact them. 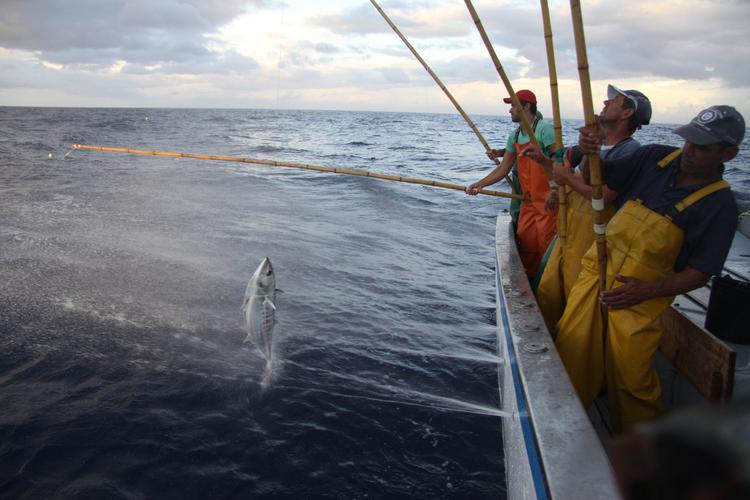 ...only farmed fish can be certified organic?

This is because organic is a farming standard which pre-supposes ownership of the input factors. However, oceans cover 70% of the globe’s surface and have absorbed approximately 1/3rd of the carbon dioxide generated by human activity since the industrial revolution.

Shockingly, up to 93% of fish stocks are fished at their maximum capacity and up to one third of fishing is estimated to be illegal, unreported and unregulated. The decline in marine species - from turtles, through to sharks, whales, other cetaceans, and birds - is catastrophic. But buying organic can help to create a healthy, balanced, and biodiverse marine environment.

Fish 4 Ever is a pioneer of sustainable fishing. It brought organic values to wild fishing 20 years ago before sustainability became a common seafood claim. It goes beyond the base standard of the MSC blue tick, insisting on the most targeted methods known for their selectivity and low bycatch and discard. 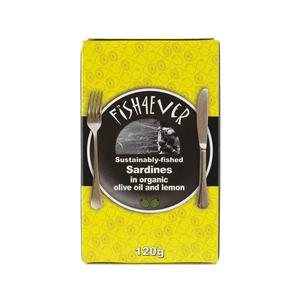 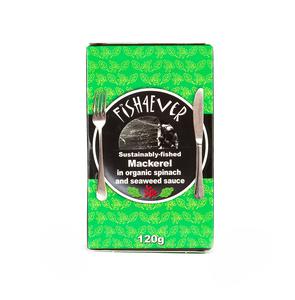 They also only ever use certified organic ingredients in all of their cans which originate from agriculture - the olive or sunflower oil, tomato, lemon, mustard, spices, spinach, seaweed and herbs. This has an additional global benefit... 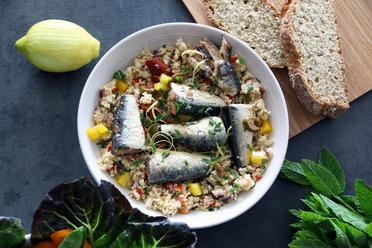 Two of the seas ’biggest problems' are eutrophication (Dead Sea zones in coastal areas) and global  warming which is making seas more acidic as well as affecting the distribution of sea species. Dead zones, which number more than 400 globally and cover 95,000 square miles of seas, are areas starved of oxygen and where all life is destroyed from the phytoplankton at the base of the food chain to many fish species in what are geographically significant feeding and nursing zones. Dead zones are a direct consequence of industrial farming with the massive use of chemical fertilisers, intensive feed lots and run off (or leeching) caused by poor soil fertility strategies.

When you choose organic, you are making an environmental choice which has a huge knock on impact on a healthy, balanced and biodiverse marine environment.

Fish 4 Ever is championing sustainable and organic practices around the world. It is launching a Fair Trade-certified tuna in the Maldives, running a Fair Trade pilot for sardines and mackerel in Morocco, and delivering a project in the Azores to tackle ‘ghost fishing’, where marine life gets entangled and dies in lost fishing gear.

But Fish4Ever is the only “sustainable” fish company, canned or in any other format, insisting on the use of organic land ingredients. It goes further than that. Organic is also a philosophy and praxis that is fundamentally holistic and eco-system based. Fish4Ever has rejected the low cost low value sustainable mainstream in fisheries, driven by an industrial mindset of producing as much as you possibly can whilst hoovering up subsidies.

With up to 93% of fish stocks either fished at their maximum capacity and up to 1/3rd of fishing estimated as IUU and with a catastrophic decline of iconic marine species from turtles, through to sharks, whales, other cetaceans and birds, the brand goes well beyond the base standard of the MSC blue tick.

Fish4Ever insist on the most targeted methods known for their selectivity and low by-catch and discard. They only support boats under local flag state control, locally owned, landing fish in the ports most local to the fishery. 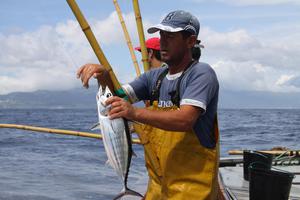 Fish4Ever with its “land-sea-people” ethic is above all a campaigning brand that has worked for two decades with a large array of sea advocates and NGO’s to protect the seas and advance the cause of small scale fisheries and coastal communities.

Read about their latest project involving the Naturland certification of their Azores tuna, a “plastic positive” project with the IPNLF {International Pole & Line Federation} also in the Azores dealing with the troubling issue of gear loss and “ghostfishing” {where marine life is entangled and dies in lost fishing gear} here.

IUCN The Ocean and Climate Change

The False Promise of Certification