Does your t-shirt have stains? Why we need to support organic cotton

When guest writer Vicki Hird explored the impact of cotton production on invertebrates for her book ‘Rebugging the Planet’, she was alarmed to see how toxic this everyday textile can be. Yet she also found that better cotton is possible, and we could all be supporting a significant and critical shift in this industry. Here Vicki explores further... 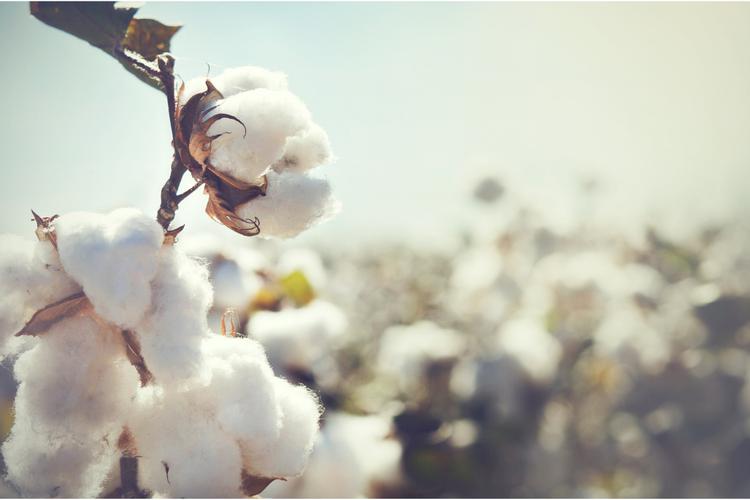 Compared to food, too few people consider the way the production of cotton t-shirts or curtains may have affected the bugs, wildlife and communities where they were manufactured. It’s hidden, often thousands of miles away. My digging revealed several key ways where cotton production can hurt wildlife and people too.

Firstly, there’s just too much cotton demand. Garment manufacturing has become the world’s third-biggest industry after cars and electronics. Globally, this trillion-dollar industry employs over 300 million people and cotton takes up almost 7% of all employment in some low-income countries. The average person in the UK buys 4.1 items of clothing a month – a surprise to me as I hate clothes shopping! UK consumers bought 1.13 million tonnes of clothing in 2016 alone.

Cotton production uses up vast areas of land. Around 35million hectares of farmed land is under cotton globally, mainly in warmer regions. Several biodiversity hotspots, where diversity of bugs (as well as other species) is at its richest, have been badly harmed by cotton expansion. Take the unique Tugai Forest in the Amudaria Basin by the border of Turkmenistan and Uzbekistan, where 80% of the forest has been destroyed for cotton cultivation. As a vital habitat for rare species including 78 species of invertebrates, and a critical source of food, shade and moisture in the harsh landscape of the Central Asian desert, this is a disaster. With growing global demand, cotton is expanding rapidly too in the nature-rich Brazilian Cerrado, where it is grown in rotation with soy and corn. Brazil is expected to become the 2nd largest producer of cotton.

There’s no place for nature.

As with food crops, where landscapes become uniform monocropping of genetically identical varieties, cotton production means lost invertebrate habitats, food sources, and corridors for animals to move and breed. With a heavy need for chemical insecticides to control pests which love this uniform crop, there’s a marked drop in natural pest predators.

The toxic cotton legacy is huge. Farmers have been on a major pesticide treadmill for many decades finding, as they expand production, that their plants are increasingly vulnerable to damaging pests, especially the cotton bollworm, and weeds that substantially lower yields and income. This has led to the development of whole cotton focused chemical industry and a huge reliance by farmers on chemicals - using 6% of the world’s pesticides and 16% of insecticides - more than any other single crop. Pesticide Action Network has been concerned with global cotton production for many years. In developing countries around 50% of all pesticides used are for cotton - a huge drain on resources. Farmers are trapped into buying expensive pesticides and the genetically modified seeds that work with them from multinational companies each year.

As well as polluting, cotton is a thirsty crop and often grown in water stressed regions. One estimate suggests that it takes approximately 2,720 litres of water to make one cotton t-shirt (the same amount one person would drink in 3 years) and 10,850 litres to make a pair of jeans.

The Aral Sea, in Uzbekistan, once one of the four largest lakes in the world, has almost entirely dried up, in large part due to intensive industrial cotton farming in Central Asia. It is now called the Aralkum Desert.

The production of cotton also accounts for 4% of artificial fertiliser used globally, which leads to water pollution in rivers and marine environments where it encourages toxic algal blooms that starve the water and its inhabitants of oxygen. 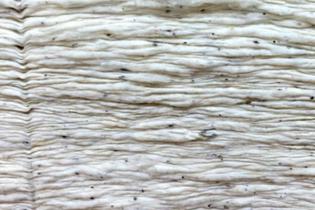 And it’s not just on the farm. Toxic dyes and manufacturing of cotton cloth is a major issue too. Once cotton is harvested there is on-going energy use and harm to natural water systems, through the pumping of untreated waste which flows into them full of the chemicals and dyes used in textile production. Twenty per cent of industrial water pollution globally is attributable to the dyeing and treatment of textiles. Such toxic pollution has huge implications for water-based wildlife and for workers too.

It’s also worth noting that huge amounts of clothing is wasted in today’s fast fashion world: a waste of soil, land, water wildlife, forests, greenhouse gasses and energy and land that could be better used.

But better cotton is possible...

Organic textiles are produced from organic fibres that are processed according to an organic standard – just like food.

Organic cotton production is growing in response to these impacts and demand is too. Several countries have taken steps to reduce harm. Turkey has used more natural pest management tools instead of genetically modified seeds with pesticides, and has lowered its costs and increased yields since the 1980s. Mali and some Australian producers have also introduced alternative control methods and reduced pesticide use by 92% by using natural pest control, increased water‐use efficiency and alternative fertiliser strategies. These mean viable cotton businesses whilst reducing environmental impacts.

Beyond the farmgate is critical. The Global Organic Textile Standard (GOTS), based on the use of certified organic cotton grown on organic farms ensures that processors and manufacturers meet strict social and environmental criteria. Hazardous chemicals are prohibited, protecting the health of workers and the consumers who wear the clothes. Water and energy use are monitored and waste water treatment plants ensure the water is clean. Allergenic dyes, carcinogenic and suspected carcinogenic colourants, as well as dyes containing heavy metals are prohibited. To avoid exploitation of natural resources, the use of natural dyes and auxiliaries that are derived from a threatened species is also prohibited.

A positive change in how products are extracted, manufactured, used and dispose of products will only happen if movements, consumers and policies drive the change. That means us. You can help support a far greater shift to both better cotton production and livelihoods and a reduced pressure on the land.

Here are a few tips:

1. Buy less. You could say the most sustainable clothes item you have is the one you already own, and the more you can reuse, repair what you already have the better. Buy preloved clothes and don’t throw any away but find a charity shop or textile recovery outlet nearby.

2. Buy organic cotton. Look for labels where you know the farming and processing is done with less polluting processes and chemicals. Look our for organic textiles certified to GOTS. This is a clear way to support farmers and manufacturers producing better cotton.

3. Buy clothes made from co-products of organic and sustainable food production like wool or leather.

4. Support PAN-UK in its work to help farmers learn how to grow cotton and other products without toxic chemicals and calling for national and global government action to reduce the adverse environmental and social harm these crops cause.

This is a major supertanker of an industry that requires a huge change of direction and that will not be easy. Supporting campaigns that are about a changing global consumption-led growth are critical too. For us, and the bugs…

Rebugging the Planet: The Remarkable Things that Insects (and Other Invertebrates) Do - And Why We Need to Love Them More 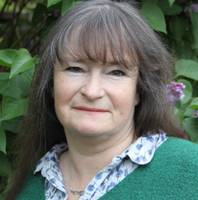