Rhug Estate is celebrating its 20th anniversary of farming organically this month. Lord Newborough and his team successfully transformed the farm from being a low input / low output traditional beef and sheep farm in 2000, to the successful, organic, farming business it is today. 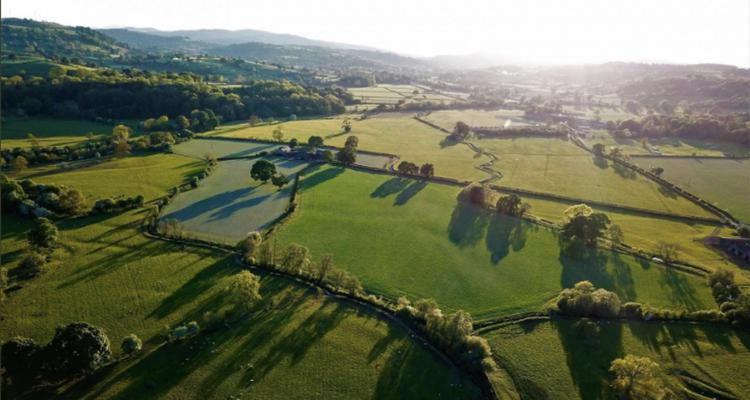 Lord Newborough has been a passionate supporter of organic farming since the 1990s and when he inherited the family farm in Denbighshire, north Wales, in 1998 he chose to convert the land to being farmed organically.

Lord Newborough said, “I could see the virtues of following an organic lifestyle when it wasn’t very trendy at all. Organic food was extremely difficult to get hold of back in the 90s and when I chose to convert the farm to organic in 1998 I had quite a few raised eyebrows and doubters to deal with.”

Transforming Rhug into organic production meant completely changing the nature of farming on the estate near Corwen. A seven year rotation, to include cattle, sheep, grain, forage, root crops was introduced. The transformation of the 2,200 acres started in 1998 by the Farm Manager, Gareth Jones, and the team of nine. It took two years to complete. In October 2000 the Soil Association certified Rhug farm as organic.

Gareth Jones, Farm Manager, said, “The biggest challenge at the time was to take the team of farm staff along the conversion to organic journey. The transformation was accepted pretty quickly once the first evidence of change became apparent, with clover appearing in the pastures from nowhere. The shepherds observed the sheep, which previously found the pastures unpalatable, were beginning to graze and stopped roaming in a restless fashion and were lying down more. After fifteen months all the farm staff were totally in favour of this different style of farming.”

From a business perspective the estate carried out traditional rural functions prior to the conversion to organic including shooting, fishing, domestic and commercial rentals, farm and grazing rents and some events. Lord Newborough decided that to increase the revenue Rhug should be supplying food in the form of burgers made from their own meat on the farm. This venture turned out successfully, and so keen to see the business grow and promote the organic message, Lord Newborough took on board the message 'from the field to the plate' and invested in the means to engage directly with the public by opening a catering facility, shop and butchers counter in the Rhug car park adjacent to the A5.

From 2006 Rhug started exporting to Singapore, Hong Kong in 2007 and by 2010 had broken into the market in Dubai and Abu Dhabi. Closer to home, by 2019 there were three weekly deliveries to London to some of the top restaurants, hotels and Delis.

The organic farm today rears sheep, cattle, chickens, bison, deer, as well as turkeys and geese for Christmas and grows oats and barley to feed the animals during the winter. 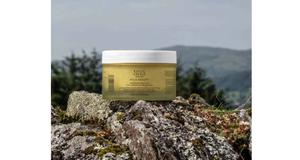 Rhug Estate’s business ventures now include a Farm Shop, Wholesale, Renewable Energy, Café, Takeaway, Drive Thru, online shop and the newest venture is the Wild Beauty Skin and Body care collection which was launched in this summer.

Lord Newborough said, “Farming organically has to come from the heart, you have to believe in what you are doing and embrace all the good aspects of farming in this way. I am lucky to have a team around me that share my beliefs and recognise the importance of sustainable farming and maintaining the high standards of animal welfare that are practised in organic farming. The satisfaction I get from organic farming is unmeasurable and my passion for organic farming is never ending.”

1. Better for nature: organic farming works with the environment as it uses fewer pesticides. It’s a way of farming that protects and encourages wildlife while looking after the health of the soil.

2. Better for the planet: organic farms use fewer pesticides and support up to 50% more wildlife.

3. Better for animal welfare: organic means free-range. Organic standards insist that animals are given plenty of space and fresh air to thrive and grow more naturally.

5. It's tasty: organic farmers rely on developing a healthy, fertile soil to grow a mixture of crops that are bursting with flavour – so foods taste great.