Best organic places to stay in the UK

Organic farms are home to the animals that produce our food; they’re where tiny seeds flourish into the fruit and veg on our plates. And now, many of them are opening their gates and offering you the opportunity to immerse yourself on an organic break away. Whether you’re considering a flight-free holiday or just want to escape to a quieter, more natural place, there are plenty of reasons to stay at an organic farm. 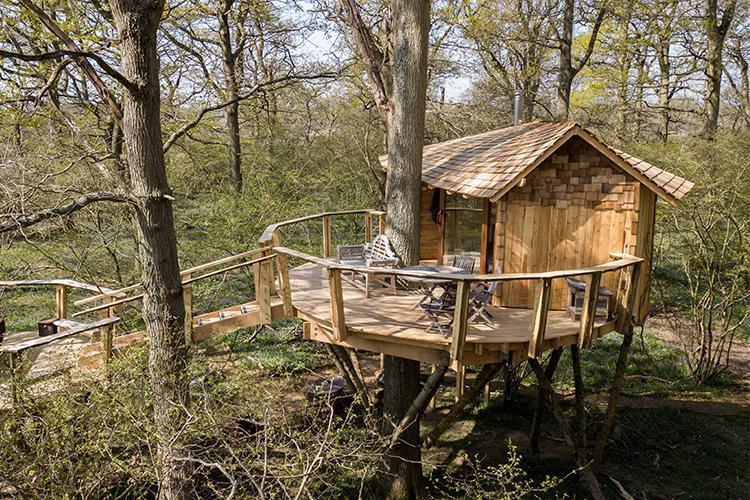 South Penquite Farm - Blisland, Bodmin.
With moorland views and gentle streams, South Penquite is a great spot for nature lovers and caters for groups, families and solo travellers alike. This 200-acre farm is a haven for wildlife, home to breeding birds including tawny owl, willow warbler, and mistle thrush, plus some of the rarest butterflies in Britain. The farm takes an environmentally sensitive approach to accommodation - campsite showers use harvested rainwater heated with solar energy and a small wind turbine provides energy. Expect simple accommodation in a beautiful setting: four Mongolian yurts made from wood grown on the moor are dotted around the farm, and the campsite overlooks the moors. In the evening, pick up some home-produced organic lamb burgers and sausages for the campfire, take in the moorland air and let the night sky provide your entertainment. In the daytime, explore South Penquite’s farm walk or unwind on the moorland river with a bit of fly fishing - if you’re lucky, you may spot a kingfisher or a grey heron.

Abbey Home Farm Eco Camp & Huts - Cirencester (pictured below).
Prepare for off grid living and enjoy the Cotswolds at its best. Abbey Home Farm offers a quirky pick ’n’ mix of accommodation, from a hidden woodland yurt to a range of rustic huts, a stone cottage and a private campsite. All are in different locations around the farm, giving you privacy and great views. New this year is the Cotswold stone converted Cartshed - an outlier as the only spot with electricity. Then there’s the farm’s Ecovenue, a back-to-basics option for groups set on the edge of the wood with great views, a wood burning stove, composting toilets and a bucket shower. Do bring: a sense of adventure. Don’t bring: your laptop. Love cycling? There’s plenty to see in the not-too-hilly surroundings. Bring your own or rent one onsite from Cotswold eBikes. 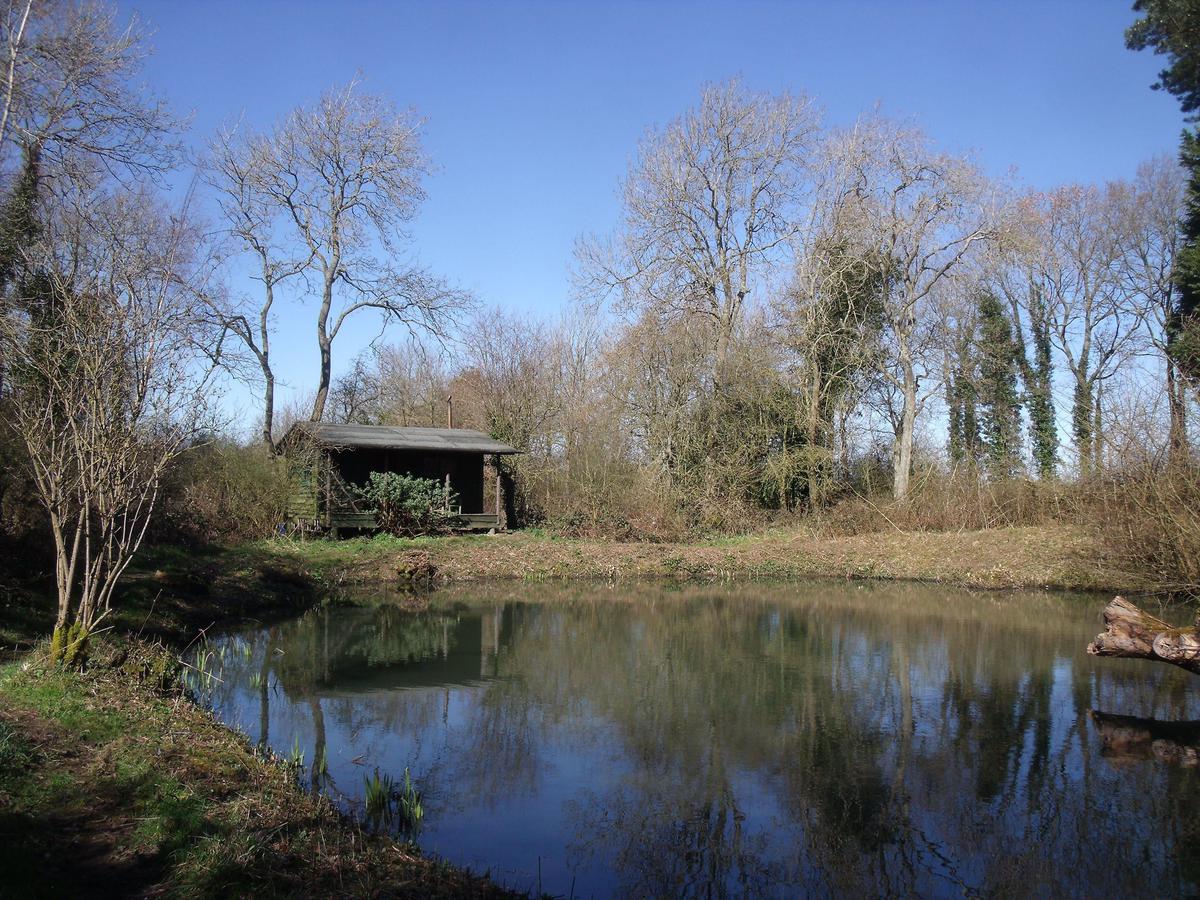 The Bunkhouse @ Ragmans Lane Farm - Lower Lydbrook, Forest of Dean.
Converted from a 400-year old barn in the heart of the Wye Valley, The Bunkhouse sits on a 60-acre organic farm home to orchards of traditional varieties of apple and pear. The Bunkhouse makes use of natural materials and green technology and is available for private holiday hire, accommodating up to 15 people. There’s no shortage of things to do in this beautiful part of the world and much of it is accessible by bike - if you don’t mind the hills! Explore the River Wye by canoe on a half day trip from nearby Kerne Bridge to Symonds Yat, then dry off by walking the steep hills to the Symonds Yat Rock viewpoint to take in probably the most stunning vista in the valley. If you’re lucky, you might spot one of the area’s resident peregrine falcons or goshawks. If you’re not travelling as part of a group but want to enjoy the farm and surrounding area, the farm also has a cosy yurt in the cider orchard available to rent.

Bank House Farm Hostel - Glaisdale, Whitby.
Situated on a family-run organic cattle and sheep farm in the North York Moors National Park, Bank House Farm has some of the best of what Yorkshire has to offer. With great views and located in an area of outstanding natural beauty, Bank House is surrounded with cycle paths and walking routes and is a short hop away from Dalby Forest’s woodland trails and the quaint fishing village of Staithes. The self-catered Bunkbarn holiday cottage is a good option for large groups (it sleeps up to 11); while the Camping Barn and farmhouse B&B offer single night accommodation options for walkers and cyclists. Learn all about organic farming methods on one of their farm tours - just make sure to mention when you’re booking.

Treberfedd Farm - Lampeter (pictured below).
It’s not hard to see why the family-run Treberfedd Farm was once voted best place to stay in the Soil Association’s Organic Awards. Alongside its rare breed Llanwenog sheep, Hereford cattle and a sprinkling of pigs and hens, Treberfedd is home to meadows, grasslands and woodlands, making it a great spot for wildlife. Follow the nature trail past the farm’s traditional wildflower hay meadows (an increasing rarity in Britain, but vital for the survival of farmland birds) take a walk along Dragon Creek and explore the Welsh rainforest of broadleaved woodland. Then enjoy a pizza cooked on the farm’s wood fired oven. There’s no shortage of songbirds, so make sure to keep your ears open for the high pitched “peeee-ooooo” call of soaring red kites. Treberfedd boasts four holiday cottages and two eco-cabins on its organic land (some of which come equipped with Swedish wood fired hot tubs!) and are a great spot for families to enjoy a weekend break or longer. Or, bring a tent and camp on the farm’s quiet family campsite where you can also make use of the farm’s facilities.

Pillars of Hercules - Falkland, Cupar, Fife.
Pillars grows a variety of organic vegetables delivered in veg boxes across Fife and hosts a farm cafe serving freshly prepared vegetarian meals (plus homemade bread and cakes), all using the farm’s own ingredients. It also, of course, welcomes visitors. Take your pick between the cosy rustic bothy (sleeps four) hidden among the trees, or rough it at one of the farm’s two quiet campsites in fields near the woodland. The campsite offers toilets and showers, a wash house and a spot for a campfire - plus loads of opportunity for stargazing and woodland walks from your door. If you’re stopping en route from a day walking or cycling (Pillars is located on national cycle route 1 which connects Dover and Shetland), stock up on organic food from the farm shop - it’s packed full of organic fruit and veg grown on the farm, and also has a range of organic wholefoods, meat, dairy, grocery and household goods. Electric cars can charge up free at the farm’s charging point, and the farm is also accessible by bus.

Knepp Wildland Safaris - near Horsham.
The beautiful Knepp Castle Estate is truly in a class of its own. This West Sussex farm was a product of post-war farming, relying on chemical fertilisers, pesticides and intensive farming techniques - but for decades it was never quite able to make a profit. In the early 2000s the owners took the big decision to turn their nature-depleted farm into something quite different: a wild land. The Estate has been allowed to flourish ever since with minimal human intervention. Knepp Wildland is now one of the biggest rewilding projects in lowland Europe, sprawling across 3500 acres and providing homes for some of the UK’s rarest species including turtle doves, nightingales, purple emperor butterflies, barbastelle bats and all five of the UK’s species of owl. Known for its wildlife safaris, you can also spend a night (or a few) in this truly special place. Choose from a mix of yurts, quirkily furnished bell tents, traditional rustic shepherds huts and two tree houses in an ancient woodland - all named after species found on the estate. Or, bring your own tent and book into the camping pitch nestled into the wildflower meadow. Every pitch has a fire pit and BBQ grill with sustainable charcoal and you can tuck into one of Knepp’s own free-ranging organic longhorn and venison sausages or steaks and burgers for the grill.

Moss Grove Organic - Grasmere, Ambleside, Lake District.
There’s getting away from it all, and then there’s getting away from it all with all the trimmings. Moss Grove is definitely in the latter category: think handmade biscuits, spa baths and locally-made toiletries. Although not set on an organic farm, this luxurious Lake District B&B is well worth a visit. Set in a grand Victorian house, Moss Grove has been refurbished and decorated with the environment in mind, using reclaimed timbers, organic clay-based paints and insulation made of sheep fleece. Snuggle into the rustic handmade beds after a long day exploring the lakes, fells and tarns, then wake up to a tasty breakfast made from locally-sourced organic produce.

We can’t guarantee the weather when you arrive, but whatever kind of holiday you’re after – at a B&B, in a tent, or up a treehouse, the British countryside provides a plethora of lush organic places to unwind.

Organic days out: mini-adventures for the summer holidays

Going organic: Nature has the answer