With more and more people taking a responsible approach when shopping for meat, and reducing their meat consumption, it is no surprise that the organic meat industry is on the rise. Health, animal welfare and environment are major points of concern which lead people to buy less but better quality meat. In this article we will share some key points of a scientific research as well as interviews with leading organic UK farmers, to shed more light on the benefits of organic meat for people, animals and the environment. 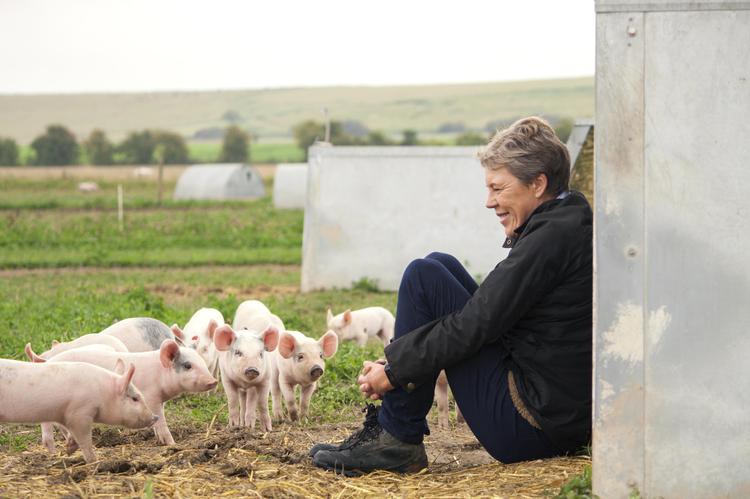 According to Kantar market research, organic key proteins are outperforming the wider market, growing by over 8%, while the non organic alternatives are facing a decline.

This trend was triggered as a result of meat farming being a contributor to climate change. People are trying to reduce their meat consumption while choosing better quality meat when shopping. Organic meat is the perfect answer when we are talking about high quality meat.

Benefits of organic meat for human health and animal welfare

Organic meat is more beneficial for human health than non-organic due to higher standards of organic farming. There are some interesting numbers which came to us from Newcastle University.

Their research, based on world-wide data and 67 studies on meat, has shown that organic and non-organic meat are different nutritionally. For example, organic meat contains about 50% more beneficial omega-3 fatty acids than conventionally produced meat, and has fewer potentially harmful saturated fatty acids (myristic acid and palmitic acid).

Some other interesting findings are:

While there are some strong points on human health, the findings also feature improved animal welfare at organic meat farms.

Meat's a hot topic at the moment, not just because it's BBQ season. Most bodies, from the Climate Change Committee to the National Food Strategy, urge reducing meat consumption by 20 to 30% to take the pressure off the environment. That makes much sense, and at the Soil Association we've been calling for 'less but better' for many years. And for us, organic is a big part of the 'better' agenda. ,

For me, one of the main reasons I started to farm organically was because of my interest in and concerns about animal welfare. I want to stop intensive and inhumane 'factory' farming of animals, and organic standards provide the greatest opportunity for farm animals to have a good, free range life, able to fulfill their instincts to root, graze, nest and socialise with each other. Animals kept in this way can also, if managed well, contribute to recovering biodiversity and improve soil health; there's generally about 50% more plant, insect and bird life on organic farms. If, as we are doing at Eastbrook, we then plant more trees and hedges, and ensure that our grasslands are full of diversity, then that figure can increase much further. 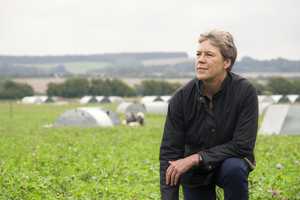 Animals kept in this way can also, if managed well, contribute to recovering biodiversity and improve soil health; there's generally about 50% more plant, insect and bird life on organic farms.

We've just done a full carbon audit at Eastbrook, and while we are not yet at net zero, our emissions per litre of milk or kilo of beef are considerably lower than those reported for more intensive systems. Our 'good beef' for example, a by product of the dairy herd, has emissions of 8.9 kg CO2e per kilo, compared with a national average of 23.4 (AHDB figs)....and that's without taking into account any increases in carbon lock up in the pastures the cattle graze.

The benefits for people...apart from a clearer conscience...are a lower risk of antibiotic resistance; at Eastbrook, both our dairies are antibiotic free, and the amount we and other organic farmers use is far, far lower than the national average. And organic meat tends to have higher levels of omega 3 fatty acids and Conjugated Linoleic Acids (CLA).

The benefits for people...apart from a clearer conscience...are a lower risk of antibiotic resistance; at Eastbrook, both our dairies are antibiotic free, and the amount we and other organic farmers use is far, far lower than the national average.

At Rhug, we manage an estate that is committed to an environmentally sustainable way of caring for the land under the organic system. The uniqueness of Rhug is the total control over the whole system from livestock in the field to the finished meat on your plate. From our team of shepherds and herdsman to our butchers and shop staff, we are dedicated to providing customers with an unrivalled eating experience. Our non-GM (genetically modified), low-stress system ensures a complete on-farm process giving us some of the lowest food product miles in the industry, another secret to the tenderness, flavour and succulence of Rhug meat. 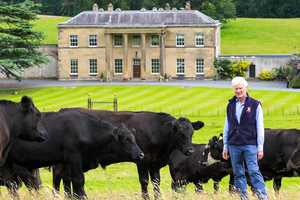 Organic farming is friendlier to the environment so there is a much greater diversity of birds, butterflies and plants on organic farms. Organic standards ban the use of GM technology. Organic meat contains around 50% more beneficial omega-3 fatty acids, lower concentrations of saturated fats and overall is nutritionally healthier than non-organic meat.

Organic farming is friendlier to the environment so there is a much greater diversity of birds, butterflies and plants on organic farms. Organic standards ban the use of GM technology.

Organic farming requires animals to be kept in truly free-range conditions with access to pasture and a more natural healthy diet and has the highest animal welfare standards of any international farming system. Organic farmers, as far as possible, avoid using unnecessary chemical sprays. Food additives linked to asthma and heart disease are among those banned under organic standards.